In July, Gobble welcomed Jeff Harris to the team, appointing him as new Chief Financial Officer/Chief Operating Officer. Harris will be playing a large role here at Gobble, with responsibilities that include overseeing finance, analytics, forecasting, procurement, and operations.

“We went through a very comprehensive and in depth search for this critical role, and we’re thrilled that a candidate with Jeff’s deep experience has joined the Gobble team,” said Ooshma Garg, CEO and founder of Gobble. “We’re at a tipping point in our business and have incredible opportunities in front of us. I could not be more excited about Gobble’s future with Jeff in our corner.”

Having worked in a range of industries during his career, Harris brings a breadth of experience to Gobble. He has managed finance, investor relations, inventory, demand planning, supply chain, and more, and he has been in profitable, high growth, turnaround, private, and public companies. His impressive résumé includes roles such as CFO of The Coffee Bean and Tea Leaf, Gymboree, and Stella & Dot, as well as CFO/COO for Northern California’s Purple Wine Company. Harris has over thirty years of experience, and has also held the titles of Corporate Controller for Lucasfilm Ltd., and Director of Finance for Disney Consumer Products.

In commenting about his new role at Gobble, Harris shared, “I am excited about the vast potential for the brand, as well as the opportunity to learn from such a talented team that has not only survived, but thrived in the middle of a pandemic.”

Originally hailing from Princeton, Illinois, Harris is a graduate of Illinois State University and holds a Bachelor of Science in Accounting. He is certified as a CPA in the state of California, where the majority of his previous companies, along with Gobble, are headquartered. 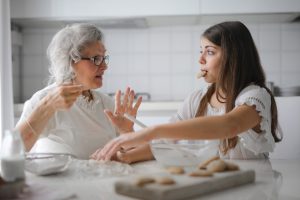 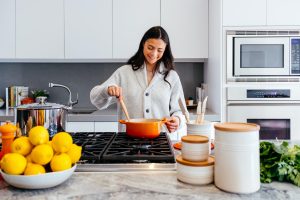 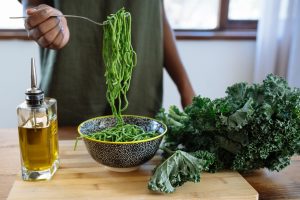 Healthy eating can be tough, especially when you’re craving a sweet treat. If the idea of cutting sugar out of your diet makes you want

It can be frustrating when you’re cooking a meal and the sauce breaks. Usually, you can salvage a broken sauce (but not always). Here’s how

Olive oil is one of the most universal cooking oils. If you have ever shopped by it and been overwhelmed by the options, you may